Let me tell ya, Half a Dino organizes some pretty wicked music events and I want to spread the word about this great rock n roll show happening August 10th. I'll be closing the night with by spinning some vinyl tunes. There will be 4 bands playing before my set, so I'm likely to be on around 1AM.

I'm familiar with The Raccoon Wedding (soo much fun live! Great instrument line-up) and The Sea & City (Their sweet fabric covered CDs avec button are stocked at Grooves Records) and I had a listen to the other acts online and can say that this show once again features some amazing talent. I'm oh so glad we have venues like APK Live and dedicated promoters/organizers/producers such as Half A Dino (who will be releasing a compilation album later in the year. Keep your eyes peeled for that.) The poster for the show was designed by multi-talented super gal Katie Wilhelm.

Here are the deets. I have a few new records I got in Chicago, I'd like to share them with you. Come on, rock out: 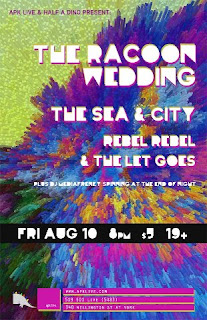 APK Live & Half a Dino Presents:

Posted by msmediafrenzy at 5:27 PM No comments: 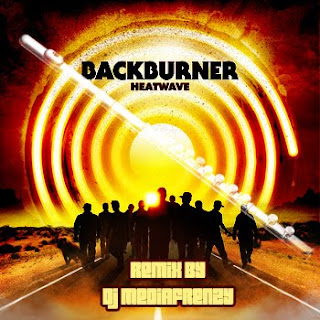 This week I created my first remix. I was inspired by the callout from the local hip hop collaboration Backburner and Handsolo Records, to create a remixed version of the song "Heatwave". You can watch the original video here.

Now, I've been an editor since high school. I've edited documentaries, music videos, promo videos, foley and audio scores. I've also recorded music with friends on 4-tracks and onto my computer, but I have not dabbled much in music production and song remixing on my own, so this was a new endeavour for me. One thing I did know was that this song could use some flute. I listened to the song repeatedly and jammed along, scribbling notes that accompanied the song nicely.

Onto the recording process, I started by doing what every financially struggling indie artist does every now and then, and that is, borrowing gear. I was hoping my friend's MBox would do the trick to capture the sound, but the software was not co-operating with my operating system. The techno age gap was too great. We tried different connection methods and I almost had it working as a line-in to my computer, but ended up with a heck of a lot of noise from the mic input.

So after fiddling around with that for a night and the following morning, I scratched that idea, decided to switch gears and use a digital recording device. Thank you Liminal Arts for providing the recorder. It worked wonders. We set up in the spare, empty room in my apartment to give the flute natural echo. The recording was pristine, despite my creaky floorboards. We recorded a couple tracks, with ample bars to be looped and mixed as desired.

I spent the next day laying that track in with the acapella track of Heatwave in Garageband. I really love the original production of the song and I wanted to pay homage to that sound and maintain the integrity of the original version, while giving it, new elements and a unique flair. I cut up the instrumental track, added FX to different sections of it, removed some of it, subbed in a new drum track in parts and overlaid instrumental elements here and there, moving, cutting, adjusting the sound.

The end result, a remix I'm quite pleased with. The flute feels like a natural element in the track, the new drums have a snazzy kick to the song and the original elements ground it back to it's roots. I would love some feedback, don't hesitate to comment, praise or criticize. I wanna hear it all!

Have a listen to my remix here:
http://soundcloud.com/mediafrenzy/heatwave-remix-by-dj

I submitted the track on the day of the contest deadline (Feb 29th) to the record label. They will pick their favourite and that selection will be included on a vinyl single of "Heatwave"! It's always been a dream of mine to have some of my work on a piece of vinyl. One of these days, it will happen. I'm not harbouring any expectations from this particular project. The whole process was a fairly new thing for me, which will hopefully lead to some more flute accompaniments, live or recordings. It was a four day experiment, which turned out to be a great deal of fun and I now know I want to do more of it.

Here are my words of advice for those looking to branch out with their music production. Don't be afraid to:

Finally - Do not give up if you fail after the first attempt. When it seemed I had no way to record and my troubleshooting was unsuccessful I nearly stopped, gave up, thinking I had no way to do it, not enough time to get my gear/mixer from across town, all these roadblocks that I thought I didn't have enough time and energy to overcome. By accepting a suggestion of an alternative way to record and jumping on that chance, I managed to get it done! I learned the software as I went, honing skills and having fun.

Whether it's the best submission of the bunch will be up to the judges, but I can tell you it is definitely an original one. With live flute and the remix stylings of dj mediafrenzy it's bound to be one of a kind.

Posted by msmediafrenzy at 11:15 AM No comments: 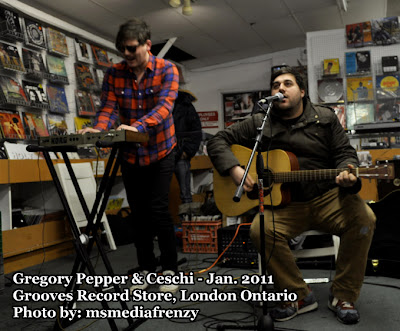 Since I'm trying to relate my blog posts to something personal in my life, I guess this is a good time to commit to type my desire to learn some beat-boxing flute skills in this new year. I've been meaning to make some flute loops for rhyming along with, and beat box seems to be the obvious advancement on that.

So, if you encounter me wandering downtown or waiting for a bus, don't be surprised if you hear some strange undecipherable noises emanating from my lips. I'm a beginner, don't judge!

Posted by msmediafrenzy at 7:36 PM No comments: