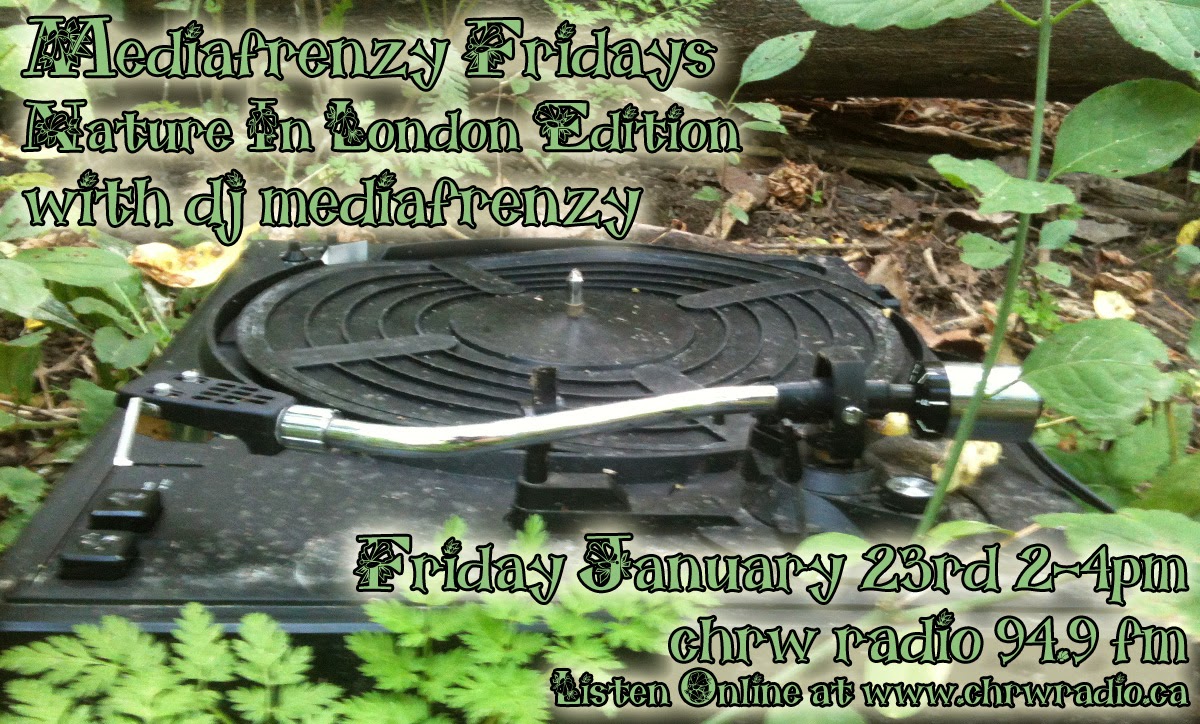 Rivers, Ditches, Plants & Animals, be it Ruffled Feathers or Escarpment Blues, this show is all about NATURE in London.  DJ mediafrenzy discusses her favourite places to escape the city, while in the city, animal encounters and environmentally significant areas.  Upcoming events are highlighted, including the Nature In The City speakers series at the Downtown Library, Nature London's 150 Anniversary exhibit at Museum London, and an important update on the honeybee situation in Ontario.

Thanks to Ron, for calling in and requesting Neil Young’s “Down By The River” and Tannis Slimmon’s “Animals”, a howling and cawing cacophony of fun. Also thanks to James for requesting Dead Can Dance and sharing stories of his critter neighbours in the Coves ESA.

Congrats to Matthew C., for calling in and winning the CD Giveaway this week, Electric Youth - “Innerworld”.

Next show will be from 2-4pm on Friday, February 6th.
Posted by msmediafrenzy at 10:53 AM