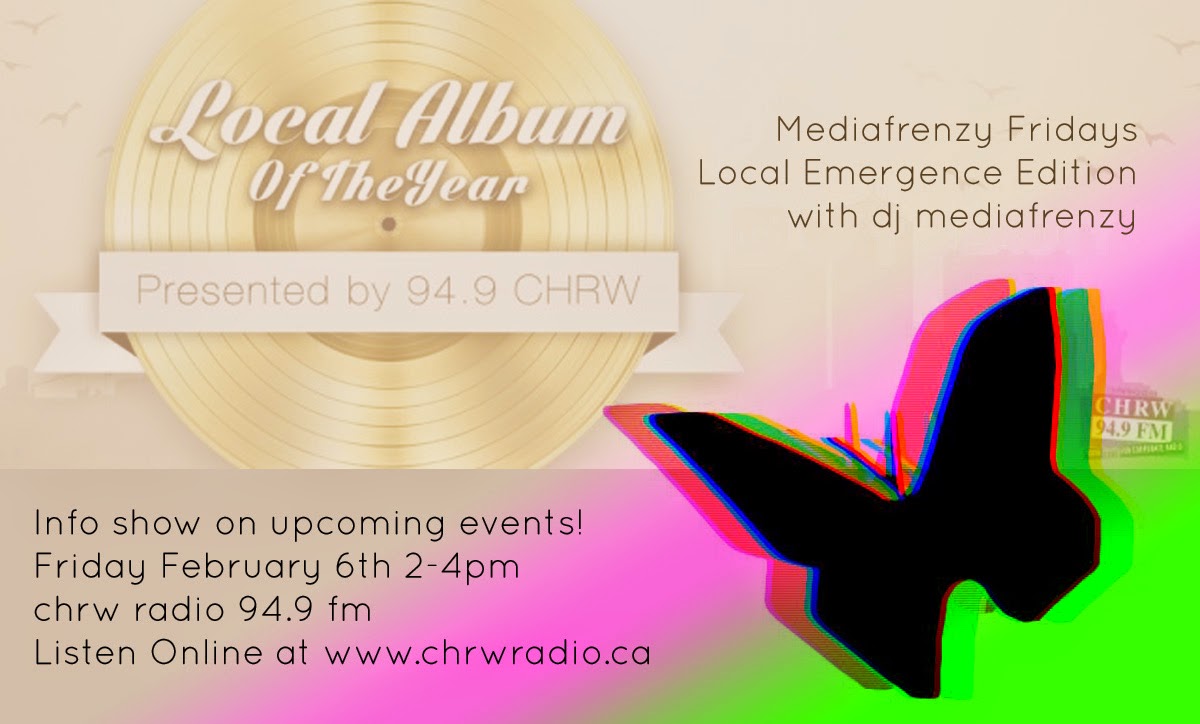 This edition is split between two topics.  In the first half dj mediafrenzy is joined on this show by special guest, Matthew Beal, coordinator for the Emergence Queer Arts Festival this year and we celebrate LGBTQ2S-identified musicians and talk about what the festival has in store: such as film, poetry, food, dance, live music, drag, dj and more (Feb 7th). A clip from Pearl of Africa is played, Director Jonny von Wallström will be a keynote speaker at the full screening of his new documentary, 4pm Feb 7th at the UWO Physics and Astronomy Atrium.

The second half of the show focuses on local releases nominated for the CHRW Local Album of the Year Award, gala happening Friday Feb 13th at Rum Runners (9pm, free event). DJ mediafremzy selects a few tracks from varying genres, including some of her personal faves up for the award for best album and EP.  Join us to find out the results at Rum Runners Friday Feb 13th!

Local film director, Jason R. Gray called in for a quick live interview about “A Short Escape”, a local short film event happening that night, featuring 5 shorts including a short drama (The Golden Hour), an experimental film, a comedy, a thriller and a documentary.  (Approx. 212 people attended the Hyland Cinema for the screenings).

Congrats to Parker who won the Shiloh Nauvoo CD giveaway.

The show is available to stream, until February 13th, 2015, here (select ‘previous shows’ tab and the date): http://chrwradio.ca/programs/maximum-joy-mediafrenzy

Posted by msmediafrenzy at 7:55 PM No comments: