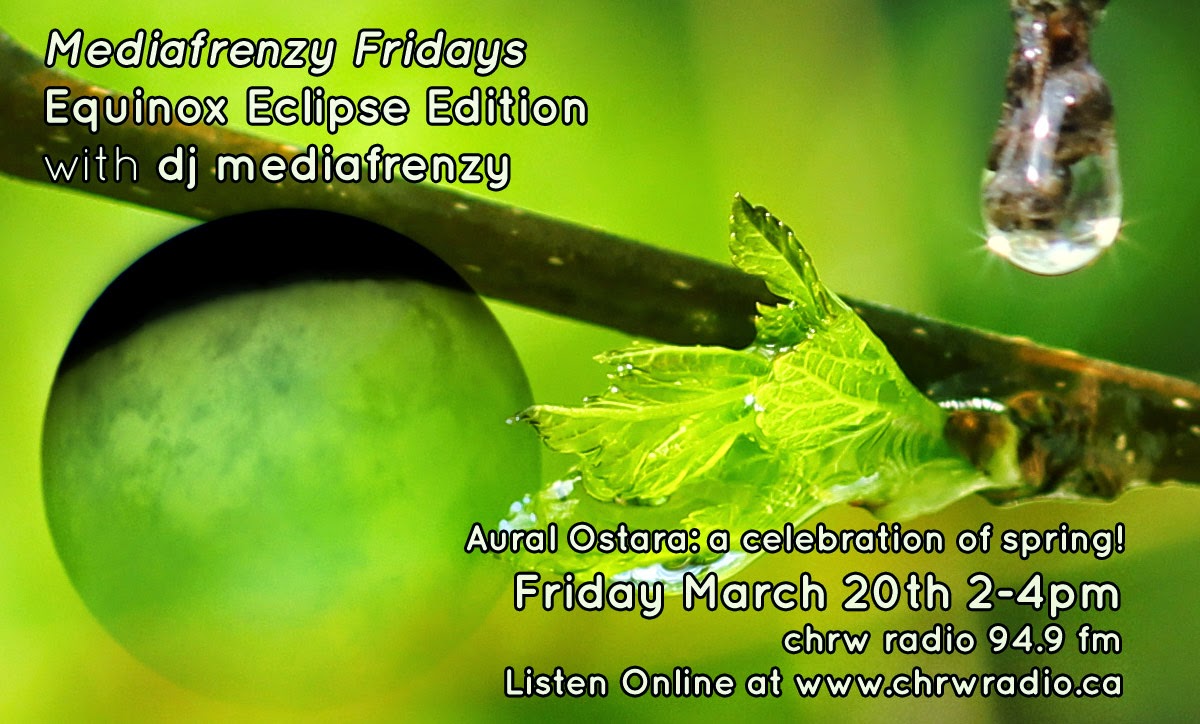 Happy Spring and Blessed Ostara!  The sun is shining bright, the snow is melting and the temperature is mild.  This is the equinox, the day when the daylight hours get longer.  It’s also significant because there will be a Supermoon Solar Eclipse (visible in the Northern UK/Europe).  The show is focused on songs about the sun, moon, spring time and light.  DJ Mediafrenzy discusses celestial history, fables, facts and curious tales.

Congrats to John who won the Mandala - Monsoon CD giveaway and requested Morrissey.  Thanks to Jason for calling in and making some requests that I had on hand! 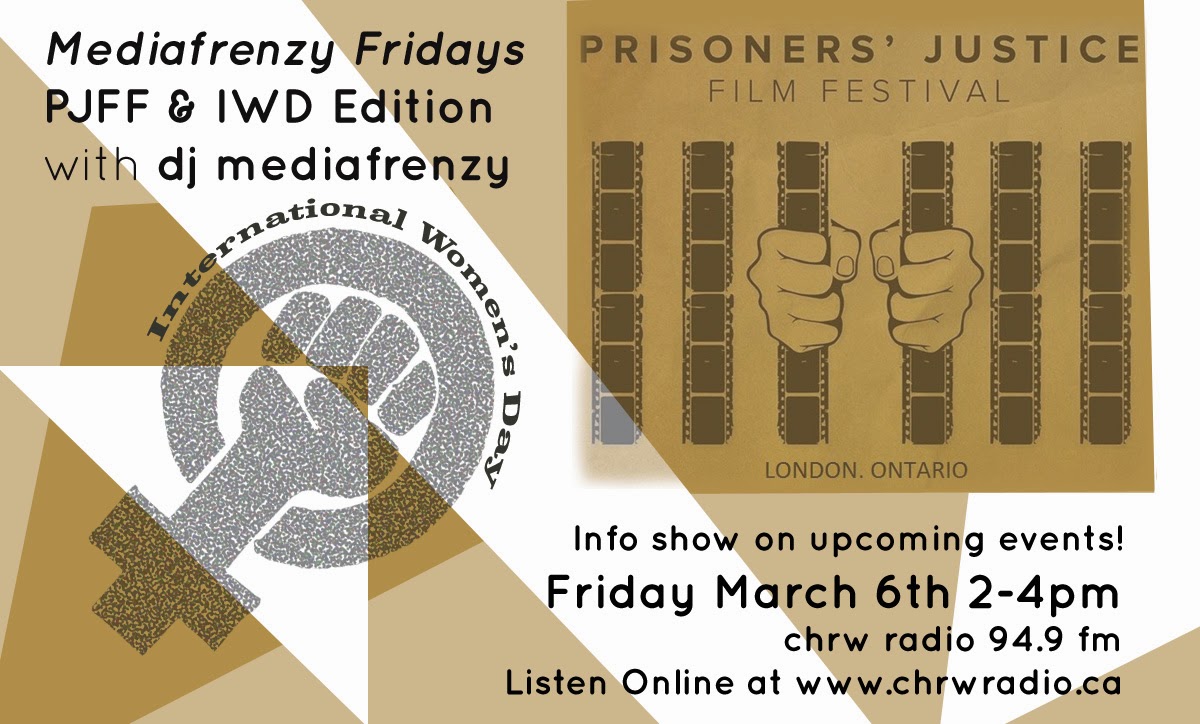 A few corrections: I mentioned International Women’s Day was ‘tomorrow’, but that was in error.  The events were taking place the next day (tomorrow/saturday), but IWD itself is Sunday, March 8th.  Also, So Young’s concert at Call the Office is on March 21st, not April 21st!  My bad!

The second half of the show is dedicated to the Prisoner’s Justice Film Festival.  Songs about freedom, incarceration and injustice are played.  Giselle Dias phones in for an on-air interview discussion the Prisoner’s Justice Film Festival; It’s history, raison d’être and what to expect if you attend the various events.  Visit https://prisonjusticefilm.wordpress.com/ for all the details or like them on Facebook here: https://www.facebook.com/PJFFLondon

Congrats to Dawn who won the Elizabeth Shepherd CD giveaway.  Thanks to Dan for calling in and appreciating the Patti Smith track, I’ll bring some Joan Baez for you next time!

The show is available to stream, until March 13th, 2015, here (select ‘previous shows’ tab and the date): http://chrwradio.ca/programs/maximum-joy-mediafrenzy The timing is weird since the daylight savings change, so select March 6th 3pm onward (it goes into the Londonindie Underground's previous show tab too, 4:30pm)